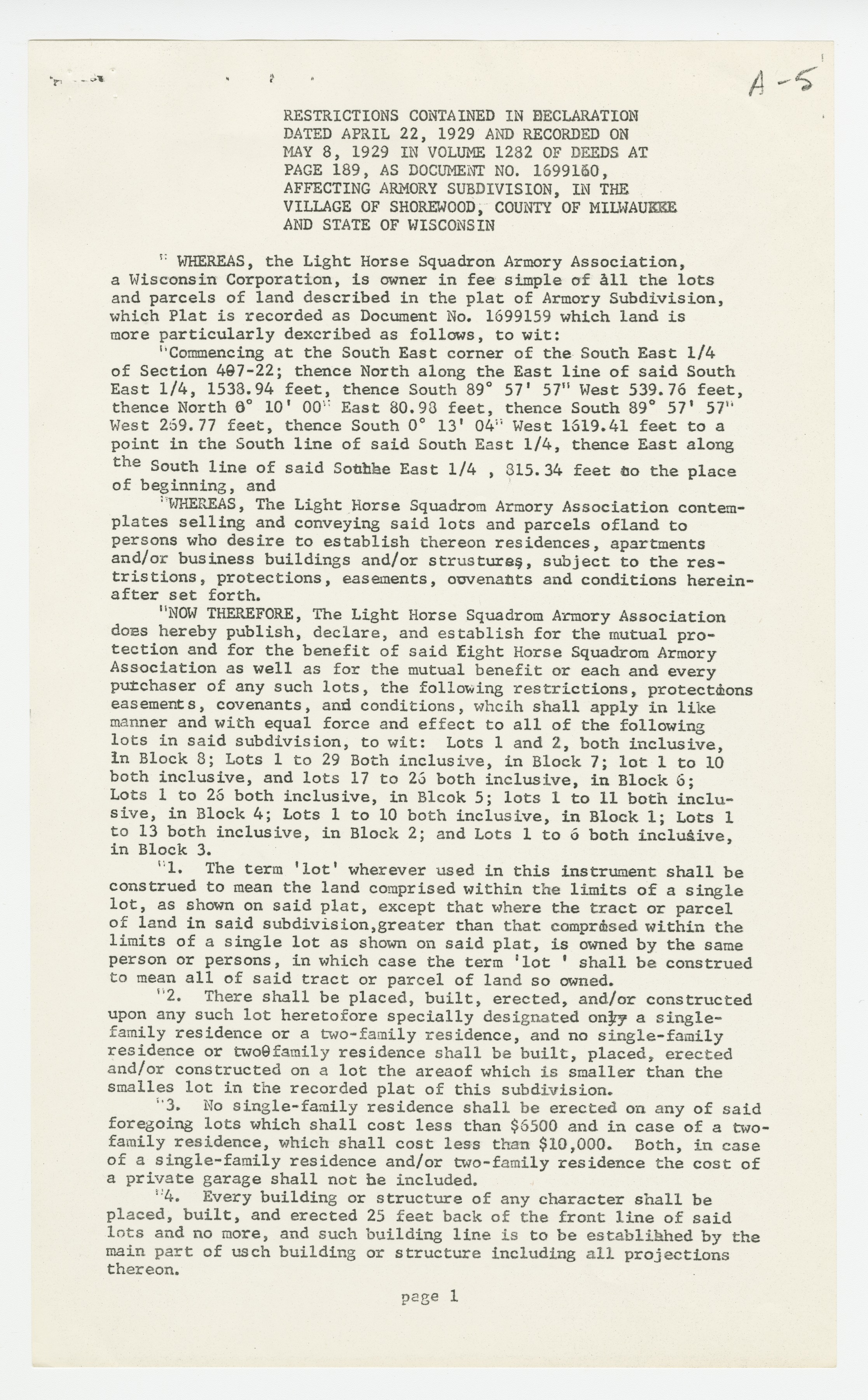 This is a legal covenant that was attached to real estate deeds in the Armory Subdivision in the Village of Shorewood—a suburb along Milwaukee County’s North Shore. Newly formed at the time of the document’s creation, the Armory Subdivision was bordered by Oakland Avenue on the east, the Milwaukee River on the west, Capitol Drive on the south, and Glendale Avenue on the north. The document contains sixteen detailed clauses regulating the building, purchasing, owning, leasing, occupying, and use of the lots of land in the subdivision. Drafted in 1929, the document’s frayed edges, type-written text, and beige coloring indicate that it has been around for quite some time. Despite its age, this document is not as worn as one might expect a 90-year-old piece of paper to be, suggesting that it has not been handled very often over the course of its history. The document’s author is not specifically identified, but, as David M. P. Freund explains, covenants were typically private contracts generated to mandate “how any current or future owner can use [the land in question].”[1] Therefore, the Armory covenant was likely created by the subdivision’s developers.

Of particular interest is the clause that states, “At no time shall any of such lot or lots in said subdivision, or any building or structure thereon, be built, erected, purchased, owned, leased, occupied or used by any other person other than the white race.” In no uncertain terms, this clause adds a racial restriction to the ownership, occupancy, and use of property in this subdivision. Although it is buried deep in the covenant—appearing as item 12 on page three—someone who handled the document along the way had circled this clause, highlighting its importance to future viewers.

As American cities expanded in the late nineteenth and early twentieth century, community leaders and public officials sought to shape the use and development of urban spaces according to their concerns for public health, property value, social belonging, and acceptable behavior. One of the ways they did this was through applying legal restrictions on property use to the deeds of new residential developments. These “restrictive covenants” delineated the terms by which owners could acquire and use their property. As Freund notes, “Once the grantor of the covenant signs it, the instrument is legally enforceable against subsequent grantees.”[2] At the same time, white supremacist ideologies connected blight, crime, disease, and other urban problems to non-white racial identities, prompting the inclusion of racial restrictions in such covenants. Racial restrictions were found in covenants in residential developments throughout the United States, encoding residential segregation in the urban American landscape—even in cities outside of the Jim Crow South, like Milwaukee. Racially restrictive covenants legally barred African Americans and other non-whites from new, more modern and spacious developments on the outskirts of American cities. This secured suburbanization and the upward mobility it represented as a white privilege. The US Supreme Court upheld this practice in Corrigan v. Buckley (1926), ruling that neither the Fifth, Fourteenth, or Fifteenth amendment “prohibits private individuals from entering into contracts respecting the control and disposition of their own property.”[3] The court maintained this position for over twenty years until it ruled that the enforcement of such covenants was unconstitutional in Shelly v. Kramer (1948).[4]

These racial restrictions greatly contributed to a lasting legacy of segregation in the Milwaukee area. According to Lois Quinn’s 1979 analysis of the racial composition of Milwaukee County suburbs, there were only five racially restrictive covenants filed in the suburb of Wauwatosa prior to the Supreme Court’s 1926 Corrigan v. Buckley ruling—the first being in 1919. That number jumped to over twenty-five racially restrictive covenants five years after the court ruling, and to over forty-five fifteen years after that.[5] Meanwhile, federal agencies, like the New Deal era Home Owners’ Loan Corporation (HOLC), bolstered segregationist practices throughout urban America. In the 1930s, the HOLC created “residential security” maps that identified specific neighborhoods as high or low risk for investment.2 It may come as no surprise that among the areas that received the best grades in the HOLC’s 1938 map of Milwaukee were those where racially restrictive covenants were most prevalent, while among the lowest grades were older inner-city spaces where African Americans were relegated. Such “redlining” practices actively disinvested in non-white communities, while racially restrictive covenants barred non-whites from seeking that investment elsewhere. As Leah Foltman and Malia Jones argue, “Practices such as race-restrictive housing covenants, racial profiling, and major government investments in suburban infrastructure that supported white flight, helped create the residential distribution by race seen in Milwaukee today.”[6] In other words, Milwaukee’s contemporary segregated landscape was developed through these policies.


The Armory Subdivision covenant largely reflects these historic trends. Like many Midwestern cities, Milwaukee experienced rapid population growth in the early twentieth century. Census data shows that Milwaukee County experienced its largest ten-year population increase, growing from 539,449 residents in 1920 to 725,263 residents in 1930.[7] This population increase coincides with the Great Migration of African Americans from the South to northern and western states. The devastation of the cotton crop and rise of the Jim Crow segregation practices in the South prompted Southern Blacks to pursue industrial work in cities like Milwaukee.1 In 1920, Milwaukee was home to only 2,229 African Americans. That number leapt to 7,501 by 1930—a 236.5 percent increase in just ten years. Yet, as Joe Trotter notes, Milwaukee’s African American population was relatively small compared to other Northern cities. “Blacks comprised only 1.2 percent of Milwaukee’s total population,” Trotter explains, “compared to 6.9, 4.7, and 11.3 percent, respectively, in Chicago, New York and Philadelphia.”[8] Shorewood’s suburban development coincided with this boom—skyrocketing from about 3,000 people in 1920 to over 15,000 by 1930. In order to accommodate this boom, the village built over two hundred houses per year between those dates.6 Today, with a stable population of 14,000, the one-mile square Village of Shorewood is the most densely populated community in the State of Wisconsin.[9]

Located on the bluffs between Lake Michigan and the Milwaukee River, Shorewood was and is among the most picturesque parts of Milwaukee County, and for many people seems an ideal place to reside. However, racially restrictive covenants like this one from the Armory Subdivision barred non-whites from this opportunity. The subdivision’s developers likely created this covenant in reaction to the massive population boom and growing racial diversity that Milwaukee County experienced in the 1920s. As Milwaukee’s population boomed and upwardly mobile white residents sought newer, more spacious housing, developers of Shorewood’s Armory Subdivision introduced racial restrictions to protect the privilege and priority of their investment in the growing suburb from perceived racial threats. In other words, racial restriction was simply considered good business.[10]

Compared to other racially restrictive covenants written and enforced throughout Milwaukee, however, it is important to note that the Armory covenant does not allow for non-whites to work within the neighborhood—as domestic laborers or otherwise. Other Milwaukee covenants typically phrased the racially restrictive clause like this example from the north side Hauser Homes Subdivision, 1927: “No persons of any race other than the Caucasian race shall use of occupy any building or any lot except that this covenant shall not prevent occupancy of domestic servants of a different race domiciled with an owner or tenant” (emphasis added). While the Hauser Homes covenant allows for non-white domestic servants, the Armory covenant completely bars all non-whites from even working in the neighborhood, thus highlighting the level of prejudice Shorewood tolerated in the years of its construction. This suggests that the Armory subdivision might not have been intended for white buyers wealthy enough to employ domestic workers, but could still afford the “comfort” of racial restriction.

Northern urban segregation is commonly understood as de facto segregation resulting from private practices, not from law and government. This description is often accompanied by the misguided belief that Americans have the universal freedom to choose where they want to live, and that racial segregation in cities like Milwaukee is self-imposed. To the contrary, the Armory covenant and its counterparts in other Milwaukee neighborhoods represents de jure segregation (legally sanctioned or prescribed separation of people based on their race or ethnicity) outside of the Jim Crow South where we typically associate such practices. Although the covenant is not an act of segregationist legislation, it is a legally binding contract upheld by the US Supreme Court until 1948. They were not officially outlawed until the federal Fair Housing Act of 1968.

With twenty-first century eyes, the verbiage used in racially restrictive real estate covenants is appalling. Perhaps even more staggering is its lasting impact. Currently, the Village of Shorewood has 13,145 residents, 87.4% of whom are white. Only 3.2% are African American.[11] This suggests that, despite the 1968 Fair Housing Act, any progress toward integration has been nominal at best. New “informal” barriers have taken over for the de juresegregation of restrictive covenants. Shorewood has become an affluent area since its development, and the wealth that white families have accumulated in this area over generations is undoubtedly massive. Having been barred from the nicest and most up-and-coming parts of the city, Black Milwaukeeans face a starkly uneven wealth distribution and limited mobility compared to their white neighbors. Shorewood’s growing affluence keeps it out of reach of most Black Milwaukeeans without having to verbalize this restriction anymore. 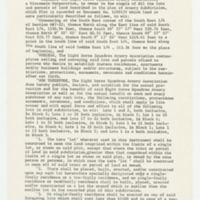 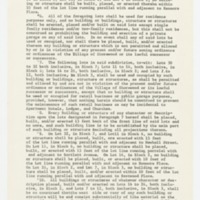 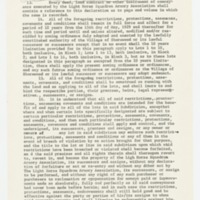 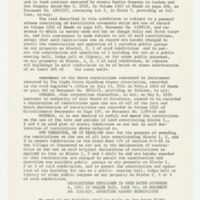